What is the Mayan Train Project?

The Tren Maya (as it is called in Spanish) is a 1500 km (932 mile) tourist train that would connect the popular beaches of the Riviera Maya to towns, archaeological sites and many tourist destinations in the Yucatan Peninsula and beyond. There will be 15 or 16 stations along the route. The project was proposed to bring jobs, development, infrastructure, and to draw tourism into the Yucatan Peninsula and nearby states. The Mayan Train will cost about 7.4 billion USD and it is estimated to take 4 years to build. Although sections of the route can be opened when finished.

What sounds like an exciting way to tour the culturally rich area, also has its doubters as to the possible environmental damage among some of the controversial topics. Lets delve deeper into the details of this project. 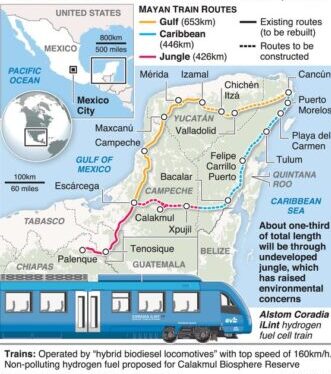 What is the status of this project?

What seemed like and up and down roller coaster of proposals and stalled starts over many years, the project has broken ground. Work has started on the Izamal to Nuevo Xcan section and also parts of the Merida to Campeche line.

The current President of Mexico is the second president to take on this project. When Andrés Manuel López Obrador took office in 2018, one of the first things he did was to declare support for this project. Further into his term, now there is renewed urgency to restart the economy, and this looks like one of the projects that will be going forward.

Where is it proposed to go?

The basic route is a loop around the Yucatan Peninsula of Mexico with possible connections to Tabasco and Chiapas States. There are three zones of the Mayan Train. They would be the Caribbean route, Gulf route and the Jungle route. The exact route and what cities and towns it will connect, have been in changing over time, with many different proposals. Some areas would see a boom from a station and other areas have to factor in environmental concerns as well as how a train would affect local transportation companies. 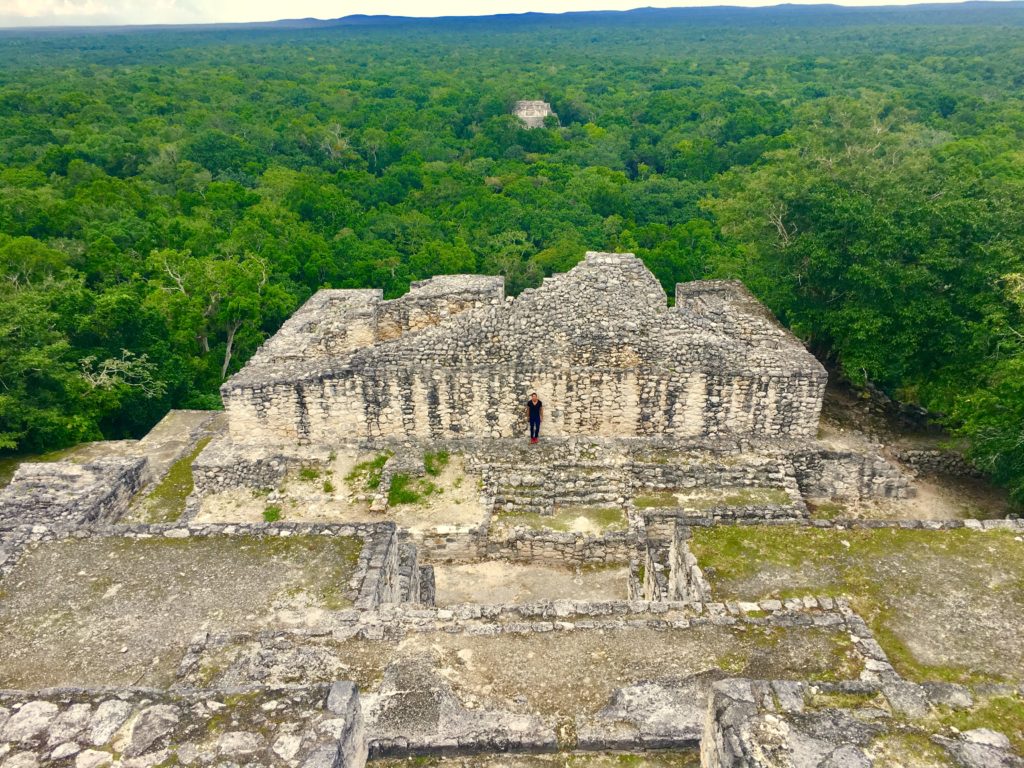 A view from the tallest pyramid of Calakmul ruins looking out over the jungle.

What are both sides of the arguments for and against it?

Like all major projects, there is controversy and many sides. Here are two sides of the argument, for and against the Mayan Train.

What do supporters say about Tren Maya project?

What those say that are opposed to the Mayan Train

Will this project be a boom or bust?

The Tren Maya project has been on the drawing boards for years with its proposal to inject stimulus into the southeast region of Mexico. Not only is it proposing to bring jobs, tourism, but also economic activity to an area of Mexico that has not seen much development. Of course, this is all based on if this project get built, will it be the boom it is proposed to be?

Build it and they will come?

This is not likely, sad to say. It will be built and some will come. It is, however, likely it will be used for the currently popular routes.  Just because there is a new train line that connects incredible locations with a scenic backdrop in-between does not mean people will drop everything and hop on board. Why do we say this? Because Mexico already has one of the most stunning passenger rail journeys for tourists. It is called El Chepe and traverses between Los Mochis and Chihuahua covers 673 km (418 miles). The most stunning thing about this rail journey are the views of Copper Canyon. The Copper Canyon consists of several canyons, making it larger and deeper than the Grand Canyon in the United States. As exciting as this rail journey is (and I can testify to this) very few people can say they knew about it, let alone say they have taken this train in Mexico.

People want what they want when they come to Mexico. Of the some 20 million people that land in Cancun International Airport each year, about 85% of them never leave the Riviera Maya and Cancun area. Tourists know this area for its turquoise water and great beaches. Tacking on a multi day cultural tour of the peninsula will be a hard sell to many. 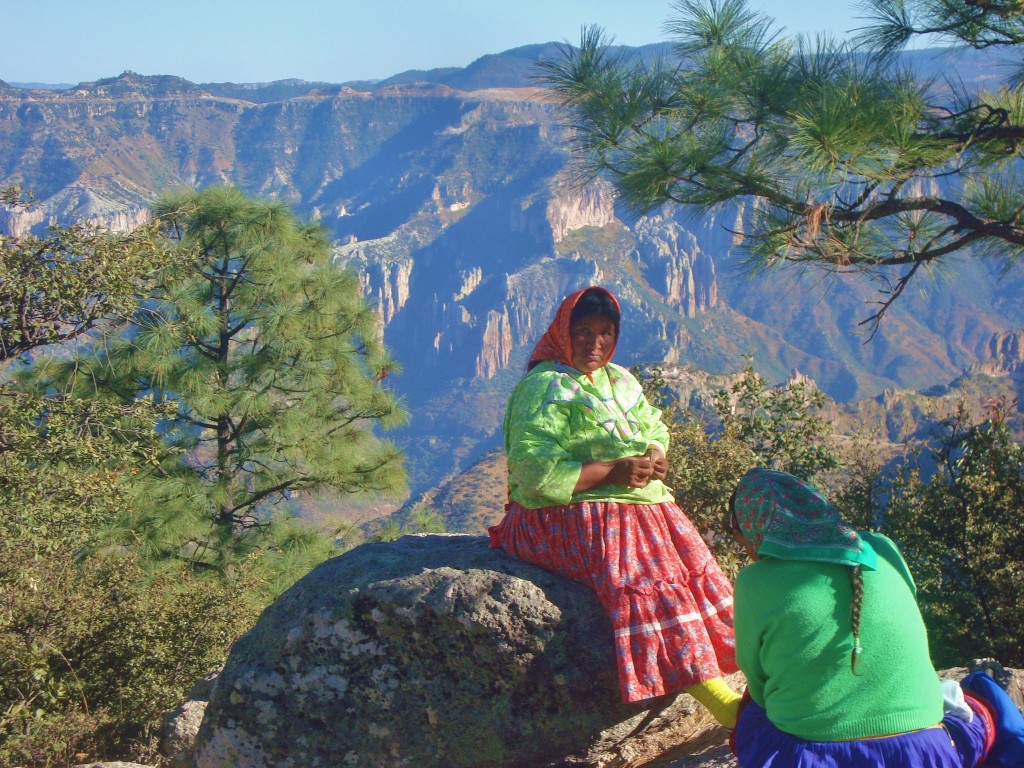 Great train journeys already exist in Mexico, it is up to all of us to enjoy them and support more local tourism.

Will it draw tourist away from the beaches?

The most likely use of the Tren Maya will be trips to Chichen Itza. This is the most popular day trip and Mayan ruins to visit in the entire peninsula, attracting thousands of people daily. The bus trip/tour is a long 3 hours each way. This means that a comfortable train ride will be a more attractive option for many. This however will still offer tour providers options to sell tours. Pick-up and drop off from hotels, transport from the train station to the ruins, guides, meals and side tours from the ruins will all be options to package together something to sell, just swapping the bus expenses for the tickets on the train.

The second most popular route will be the Caribbean route. The tourist will find it fairly easy to go up and down the Riviera Maya with the train. It will also make Bacalar a more popular destination. Bacalar is a little over 3 hours drive from Playa Del Carmen for example. This makes it a longer drive than what most people want and the train can provide a more comfortable ride.

The rest of the train route will have a much smaller market. Older tourists who like a slower way of travel and a comfortable way to see the Yucatan Peninsula will be one market. Another will be more adventurous people looking to skip the bus and take the new train, perhaps mixing it up between bus and train segments. Other than that, this will minimally help draw the millions of tourists away from the beach.

Will locals take the Mayan Train?

Most likely all routes will cost more that pre-exiting bus tickets between the same locations. Most residents are pretty cost conscience and will not move up a class and pay more. Many people that go long distance between Quintana Roo and Chiapas do so to visit family. Even though flights save a lot of time and are somewhat close in price, bus travel remains strong. One of the reasons is the luggage restrictions that airlines have, and people would rather save a few dollars than fly. All of this means that locals will not be a good source of revenue for the train unless prices can be competitive.

Will this bring jobs and prosperity to locals?

If we look at the other tourist train that we mentioned earlier, did the El Chepe train bring jobs and prosperity to locals? It is fair to say that a limited amount of direct jobs were created and it did inject the local economy to a certain extent. The rail line did bring tourism to an area where at the time, did not even have roads connecting it. It is interesting to note that all of the Tren Maya route has roads and is accessible now by car or bus. Even with such access, not that many people visit these places. Hopefully, through good promotion and packages that put things together for tourist, this will bring jobs for locals and give them some prosperity. Does this mean the Mayan Train will be a boom for the southeast of Mexico? We feel it will land somewhere in-between.

So what will happen to the Mayan Train if it is completed?

It really is up to all of us what happens. Non locals don’t really get a say in the development stage, but they do when it comes to the use. Will the Mayan Train turn into a gateway for exploring and preserving the culture of Mexico or will it be its demise? Will people flock to large tour companies and corporate hotels along the route funneling money away from the locals? Or will people seek out interesting local places to stay, buy direct from crafts people and be a boon to locals in the economy? As tourists, we have the spending power and decisions to affect how development is steered.

The Mayan Train gives opportunity to many, but what opportunity comes depends on tourists.

What are your thoughts on the Mayan Train? Let us know in the comments below. We would love to hear from you.

See our article with updated information about the construction of the Mayan Train and how it is affecting transportation and development now.

If you want to see what some of the stations will look like as well as the train, we have photos here. 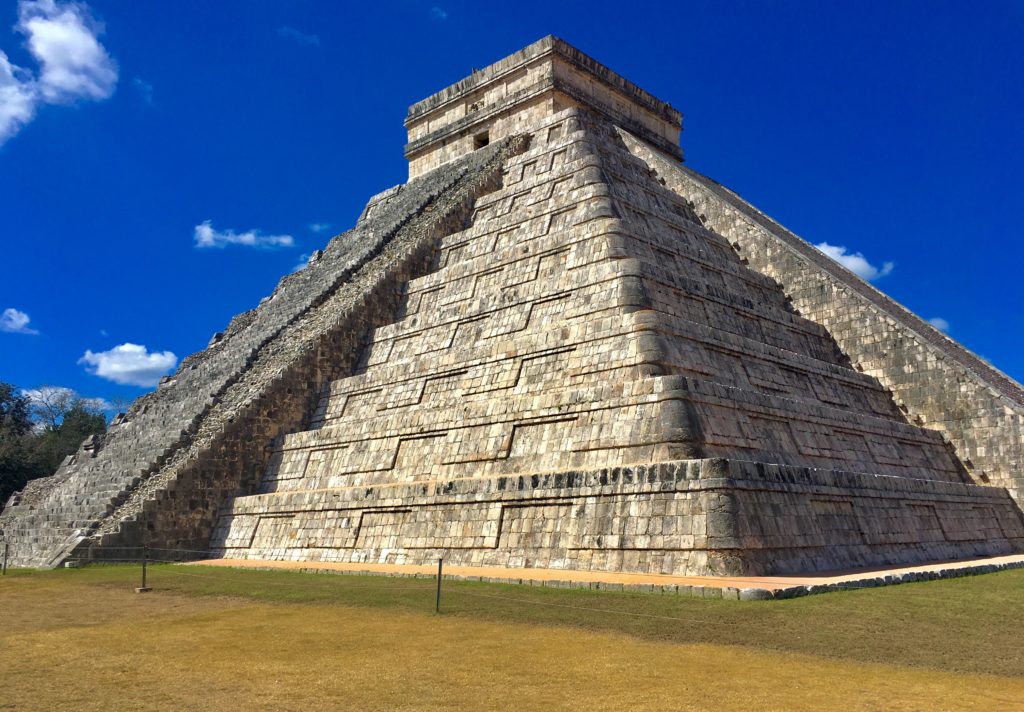 Would you be taking a train to Chichen Itza?

5 Comments on What do you think of the Tren Maya (Mayan Train) Project? It is coming!