Tihosuco where you can see the War of the Caste Museum and this church.
Tweet

Visiting Tihosuco and the War of the Caste Museum

Tihosuco is a small town in the Yucatan Peninsula of Mexico that you might not even stop in if you drove past. But there is a lot of history here and upon a closer look, much more to discover. We visited this town to see the Museum of the Caste War and the church. Here is what we found. First we will show you our video.

Our video introduction for visiting Tihosuco

Here is a brief overview of some of the things you can see in Tihosuco Quintana Roo.

The War of the Caste Museum

This museum tells the story of how the Mayans in the area fought for nearly half a century  (1847-1901) for the land that they had farmed for centuries and unfair treatment. The Mayans had fought back against the Mexican federal troops and this museum shows artifacts and tells the story of the some of the Mayan leaders.

Tours can be conducted in Spanish or Mayan and displays are mostly in Spanish. If you do speak Spanish, the curator will make history come alive. He is able to talk about any aspect of the museum and tell you more.

This museum is one of the only places you can find this much about the War of the Caste. It shows why the Yucatan Peninsula is so independent in spirit even to this day.

Hours of the Museum 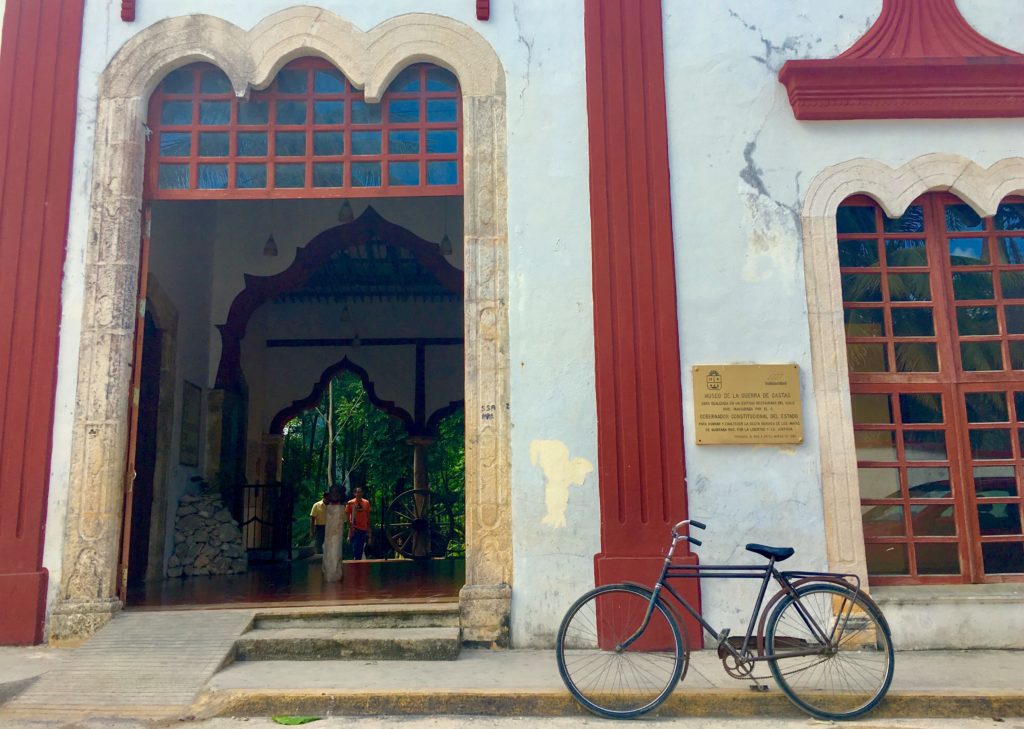 The War of the Caste Museum in Tihosuco. 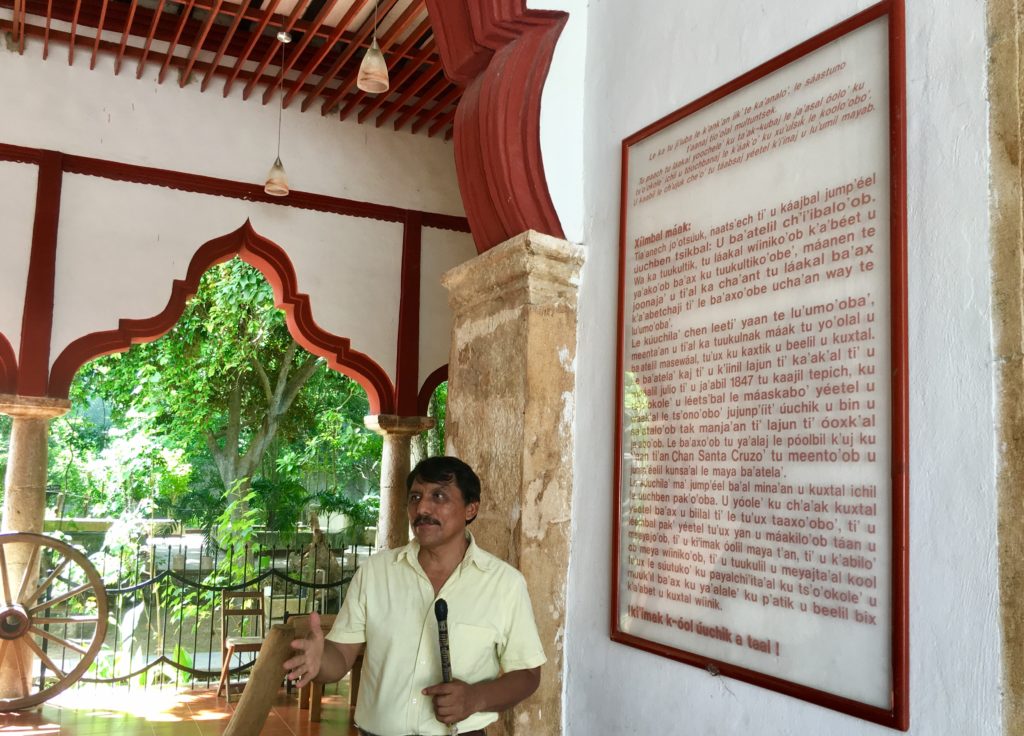 Inside of the War of the Caste Museum in Tihosuco.

What was the War of the Caste?

The Yucatan Peninsula was a rural area that had become dotted with haciendas that ran henequen farms. These haciendas basically used the lower class Mayans to become indentured servants. This was considered a caste system between the Spanish, mixed race and indigenous people.

When the government went to tax the people of the Yucatan, which manly affected the Mayans, they revolted. This was also festered by the fact that the wealthy of the Yucatan had take large parts of land for the henequen plantations and making Mayans work for low wages to fuel this new economy.

The War of the Caste took place from 1847-1901. This war was mainly fought in the south eastern side of the Yucatan Peninsula. Tihosuco was one of the principal areas where these battles took place.

Even though the War of the Caste was over in 1901, skirmishes continued until about 1933. This is way some of the large Mayan ruins were not rediscovered until later in the 20th Century.

This church is the principal building in Tihosuco. Located on the central square this building is striking because it looks as if it is abandoned. It is actually more of a monument and symbol to the past.

The Templo Del Santos Nino Jesus was originally built from  Mayan temples in the area. In fact some of the stones still have Mayan carvings on them. The church was finished in 1839.

This church had become a fortified bastion for the non Mayans during the War of the Caste. The Mayans were able to break down the walls and enter, leaving just part of the façade standing.

Today the church is still in use even though part of the roof is missing. From the main square it looks like it is closed but the entrance is on the side of the church.

Cultural Tourism in Mexico and the Yucatan Peninsula

Without a doubt much of the world’s ancient cultures are disappearing. Much of the wisdom of local areas is being replaced by a homogenous global consumer based culture. Many people that have knowledge of the traditions and culture are being drawn to work in other areas. However many of the “ancient traditions” can have modern application that we can benefit from. How then can we help preserve this knowledge that is increasingly in the hands of so few?

One way is cultural tourism. Visiting small towns and authentic areas where people can share the wisdom and traditions is a great way to show appreciation. We all can see the benefits of eco tourism and cultural tourism is another way  preservation of traditions can stay alive. Showing people with this knowledge that it is interesting and that people will come, will encourage the knowledge to be passed on. It also creates a demand for this knowledge and can create jobs for people in their own communities.

Keep on discovering these small towns

There are amazing things to be discovered in Mexico. Even small villages can be living museums where centuries old skills are still carried out. We hope you get to visit some of these places while on vacation in Mexico. We will continue to bring you articles on places to visit in our area and focus on some of the interesting traditions and culture.

If you are looking for interesting places to go or tours from the area, see our large guide here with an interactive map.

A Mayan woman demonstrating how ancient techniques were used to make string.

How to get to Tihosuco

Most people will drive here from Valladolid, Yucatan. Tihosuco is right on 295. It is about one hour south of Valladolid.

Coming from Playa Del Carmen you would take the new 305 Highway going toward Valladolid. You would pass Valladolid and continue down 295 to Tihosuco. This trip would take about 2 1/2 hours.

Have you been to the town of Tihosuco before? Do you have questions about it? Let us know in the comments below. 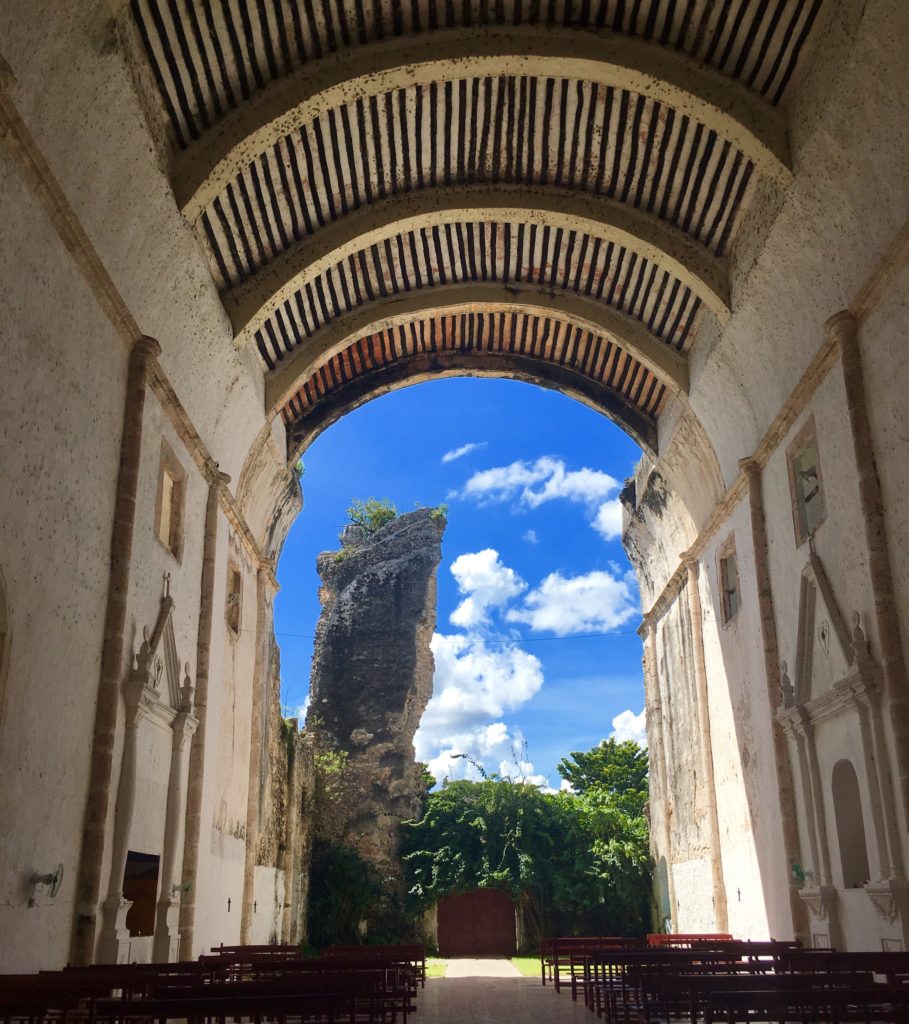 The church in Tihosuco Quintana Roo.