Here is what is scheduled for New Year’s at Mamita’s Beach Club and how to book tickets. 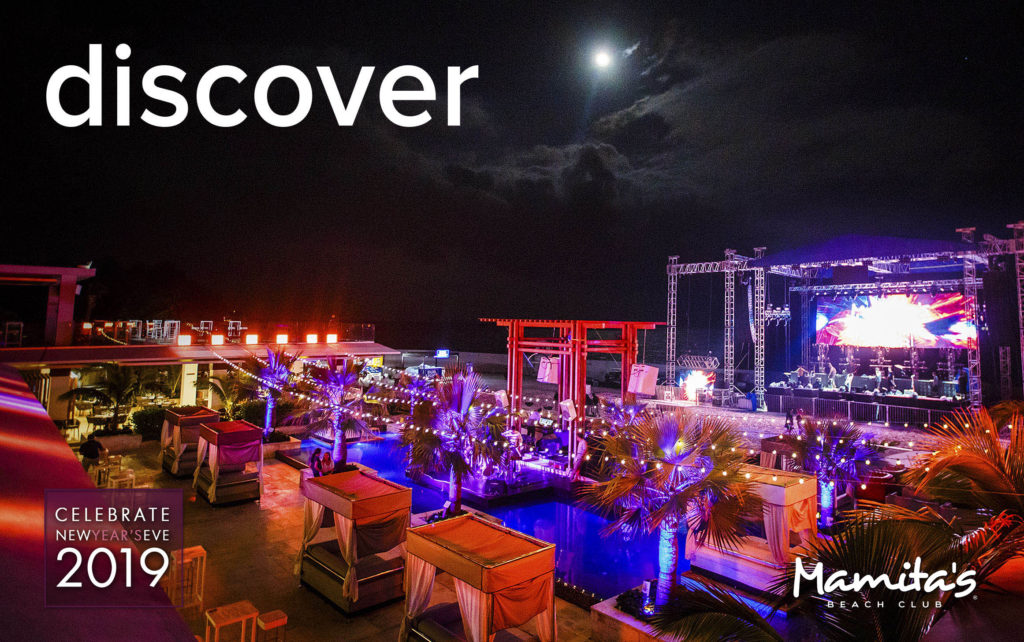 There are several options for attending New Year’s at Mamita’s Beach Club. There are two dinner options and options just to come for the party. 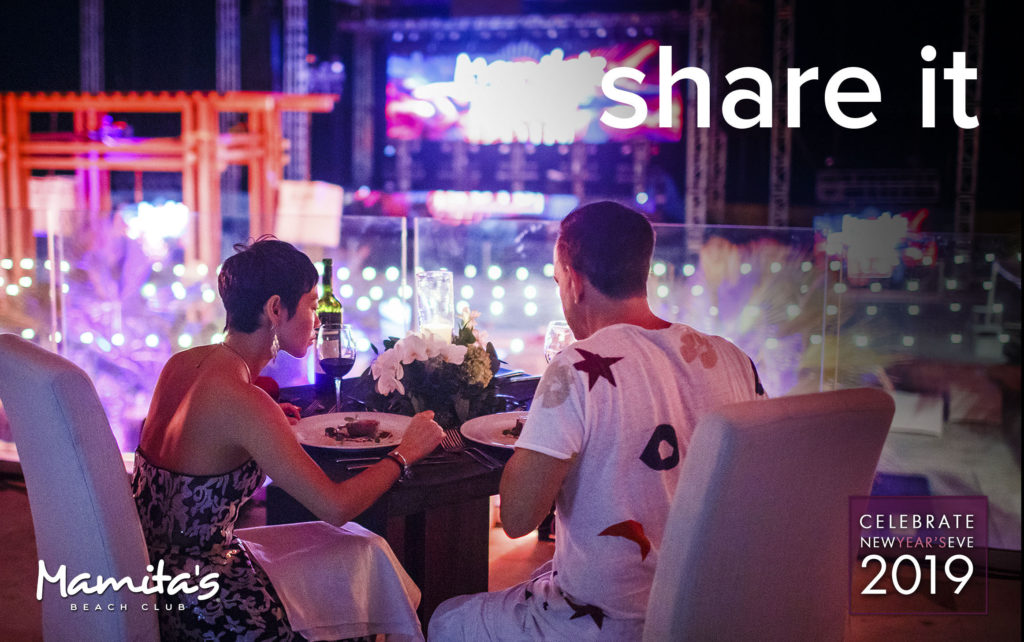 The live music starts at 10:00pm and will present Marsal Ventura and Manuel Moore before midnight. Then B Jones takes over to start off 2019. The finally of the show will feature all three artist starting at 4:30am and going to….. well very early in the morning. Then you are on the beach to catch the first rays of sun as dawn breaks on the new year. 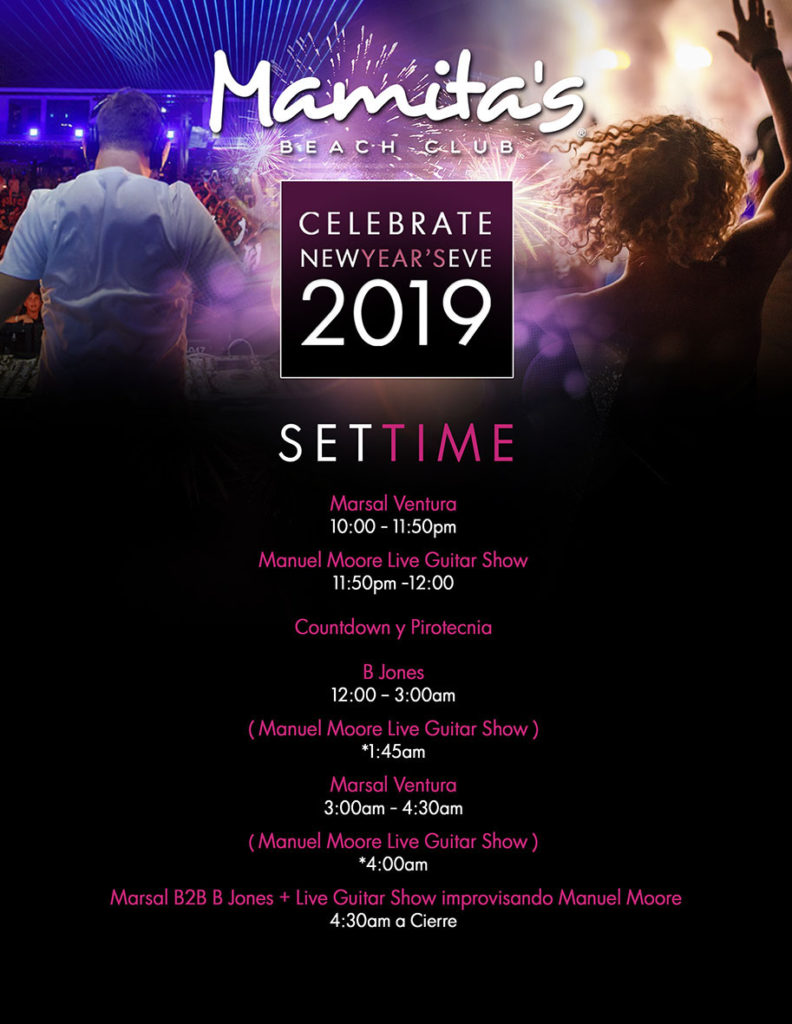 What artist will be playing at Mamita’s for New Year’s?

There will be three featured artist performing for the New Year’s Eve show at Mamita’s Beach Club. They are B Jones, Marsal Ventura, and Manuel Moore. Below is information on each artist.

B Jones is considered by the audience and people in the electronic music industry as one of the most prominent and charismatic Ibiza Ambassadors, since she embodies the true and gipsy spirit of the island.

Her great passion, charisma, and connection with the crowds, have consolidated her as reference in the booths of the best world class clubs, making her into the artist with the most growth and projection in Spain at an international level.

She has played in the best festivals in her native country, such as the Dreambeach festival, the Alamos Beach Festival, and Arona Summer Festival, among others.

Currently is common for her to share the booth with artists such as Tiësto, Martin Garrix, Dannic, Eric Morillo, The Chainsmokers, and Bob Sinclar. She is also one of the headliners of the UNITE WITH TOMORROWLAND LEBANON 2018 next to Laidback Luke and Borgeous.

Her podcasts “COME CLOSER TO IBIZA” also have a great demand and are broadcasted in more than 35 radio stations around the world: Digitalally Imported, EJR radio, Ultra Venezuela, BNR Germany y Traffic FM, just to name a few.

As a result of her talent, she holds a constant position in the world’s TOP DJs, #39 (Djanemag). She’s been nominated several times as “Best Artist of the Year” by Vicious Awards, the biggest musical magazine in Spain

Marsal Ventura is a well known Dj and producer from Barcelona. His fame raised when he became one of the most well-known radio deejay in Spain on Maxima FM & Flaix fm.
He has been working in it for more than 10 years which has given him a big knowledge in music and great skills as speaker and MC.

As a producer, he is a music architect. His tracks are known for being commercial and catchy working really good in all the dance floors. The most successful are Legend, Take my hand, Big Bang, Stay with me, Hot Diana, One more chance or Levantala.

Thanks to all this work he’s become one of the most important DJ’s in Spain and his international recognition is growing quickly.

Guitarist, singer, producer and DJ, Manuel Moore, formed his career as a musician at a young age, studying in many different cities.

He is one of the world’s pioneers at fusing electric guitar sounds with electronic music. His spectacular stage performance and his great live show have taken him to be recognized as one of the best artists in his genre, nationally as well as internationally.

In his WORLD TOUR, Manuel Moore has presented his show covering more than 30 countries in the most prestigious clubs in the world. He has participated in corporate events for brands such as Red Bull, Mercedez Benz, Bumpy, Moet Chandon or Marlboro among others!

He is also part of M3, with Micah “The Violin”, Rubén Moran “The Sax” y Manuel Moore “The guitar”, one of the most impressive shows when it comes to live musicians.

Ringing in 2019 at Mamita’s Beach Club New Year’s Party will be epic. We hope you get to go and celebrate.