How do Mexicans feel about tourist from the United States?

We have received many messages from readers asking about what it is like to visit Mexico now. With the current political climate especially between the US and Mexico, how do Mexicans feel about tourist coming from the United States? Politics and travel effect a lot on both sides of the border. Lets take a look.

We started to notice a trend here in Mexico, it was more and more advertising from the official VisitTheUSA.com. It was in Instagram, Facebook and other locations where people in Mexico would see it. It honestly seemed a little mistimed due to the political climate of the current administration in the United States or perhaps strategically timed.

As much as some in the United States have an image of Mexicans, the underlaying truth is that Mexicans support the US tourism industry in very surprising ways. It is no surprise that the US wants Mexicans to come to visit.

It was not just our imagination

The amount spent on advertising by Brand USA (The Destination Marking Organization for the United States) in the Mexican market jumped 38% from 2015 to 2016. On average the anual budget for promoting travel in the United States was $5,694,112.75 USD per year on average over the past 4 years.

Why Mexico is so important to the US travel market

There is an impression of Mexicans in the United States that the country is poor and many are trying to leave. If you actually know Mexico you will know this is not the truth. Yes there is poverty and some look for economic opportunities elsewhere but there is also a very large middle class. There is also a wealthy upper class as well.

Many are surprised when they first visit Mexico and see luxury malls, hotels, restaurants and shopping. All of which is not just in tourist areas like the Riviera Maya. Parts of some cities in Mexico like Guadalajara and Monterrey for example look like areas in the United States or Europe.

Mexico ranks number 15 out of 211 countries for GDP (Source: IMF, World Bank, United Nations). This shows that Mexico is an economic power with about 130 million consumers. Even with a high poverty rate of what some estimate 44%, that still leaves about 85 million consumers with budgets for travel. That is double the population of Canada, the other neighbor of the United States.

Numbers of visitors from Mexico to the United States

Did you know that Mexico is the second largest market for tourism to the United States behind Canada? This is according to the number of visits. With a recent average of 5% growth, Mexico is poised to overtake Canada as number one in international visitation to the United States. Currently Canada accounts for 25.4% of international visitors and Mexico accounts for 25% (Source: www.Travel.Trade.gov).

All is not rosy though as the chart below shows. This chart list January through December (and the four quarters of the year) of Mexican travel to the United States. The last column represents the percent change from 2016 to 2017. Ten of the twelve months showed a decline and several of those months saw a double digit percent decline.

Even though there was a 10% increase in seat capacity between Mexico and the United States from 2016 to 2017, the number of Mexican visitors fell going to the United States. (Source: Dirección General de Aeronáutica Civil (DGAC), from the Ministry of Transports and Communications of Mexico). 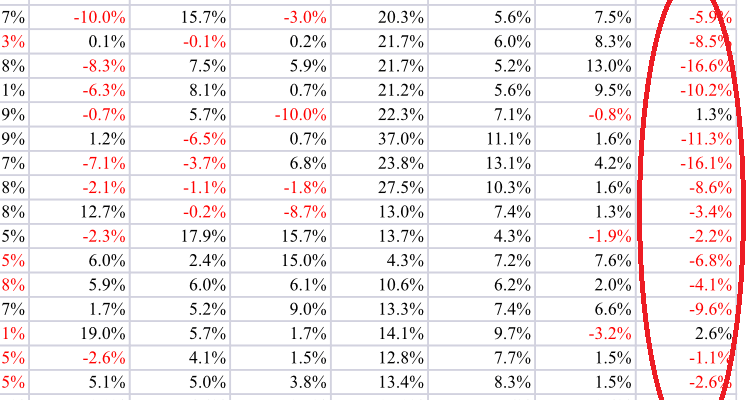 Economic impact of Mexicans in the United States

This means that between the years 2016 and 2017 when the United States welcomed about 1,700,000 less tourist from Mexico, that equates into a loss of over 1 billion US dollars.

Mexico is a giant when it comes to tourism numbers and economic impact for the United States. It had been estimated that tourism would continue to grow another 4% by 2022 from Mexico but this will have to be seen ( National Travel & Tourism Office).

Why the drop in tourism from Mexicans to the US?

There are several factors that point to lower numbers to Mexicans visiting the United States particularly in the past few years. 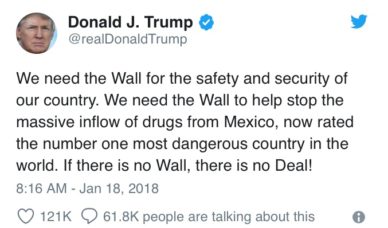 As the numbers come in for 2018 and beyond, we will be able to see how the trend evolves. It appears that the trend in travel to the United States is waning. From a majority of Mexicans we have talked to the image of the United States government is souring them on visiting the US. How is this effecting US travelers to Mexico? We will discuss this next.

More U.S citizens and leaving the country to visit Mexico

While it can be hard to distinguish who was traveling from the United States to Mexico on vacation and who was just crossing the border to visit family, we can look at flight records. Flights for US citizens traveling to Mexico still constituted 18.5 % market share of air travel out of the United States (Source Travel.Trade.gov)

Travel is still strong from US citizens traveling to Mexico but how do Mexicans feel about visitors from the United States? Are politics and rhetoric creating  bad feelings? We will discuss this next.

How to Mexicans feel about US tourist

There is an overwhelming separation of what Mexicans feel. For the most part all citizens in Mexico realize that there is a separation of politicians and citizens. Mexico remains one of the most welcoming countries in the world. Mexicans love sharing their culture, heritage, beautiful country with others. No one should feel nervous about visiting because of actions from their politicians.

Even though there is a largely negative image coming from the current US administration, it is wonderful to see that Mexicans look beyond that and see people, not policies or politics. People are also not just putting on a show to get you to spend money either. It is an honest welcoming spirit that brings so many guest back year after year.

If you are very political and have varying political views, remember you are on vacation. Leave politics at home and enjoy wonderful Mexico. You will be welcomed.

The relationship between Mexico and the United States is complex and interwoven as we have seen by examining how tourism works between the two countries. Fortunately the reality is that most treat others as neighbors not foes.

What does this mean for Playa Del Carmen?

We are seeing a rise in national tourism from within Mexico. More and more Mexicans are traveling to Playa Del Carmen. Playa is still not widely known among Mexicans. Cheap flights in Mexico fuel travel with in the country. Even people that live in Guadalajara and typically went to the beach in Puerta Vallarta now can find flying to Cancun similar in both transportation time and cost.

If you are traveling to Playa Del Carmen soon you might notice more nationals on tours and hear a bit more Spanish being spoken. This is just one effect of the rise in national tourism.

How businesses are adapting

Traditional businesses that relied on the typical international market are seeing a dip in business. They are also seeing how to market themselves differently. Even though tourism numbers are up to Mexico, the tourism market is changing. More international travelers are staying at all inclusive resorts while in Playa Del Carmen there are more national tourist.

Here are some ways that businesses are changing:

Thank you for reading our article about how Mexicans feel about American tourist from the United States and how politics and travel can effect each other. Feel free to leave your comments below.

If you like getting an inside look at things, you might like to read our article about the secret life of the Mexican worker and what life is like in the Riviera Maya for workers.

1 Comment on What do Mexicans think of tourist from the United States?