For those of you who have gone to Xcaret park you most likely stayed until the end of the day to see the spectacular two hour Xcaret show. This show has been updated and reworked so we are bringing you a review of how the new show is and what to expect.

For those of you who have not been to Xcaret , the show at the end of the night is two hours of Mexican culture and history in one spectacular show. The show loosely follows the history of Mexico from the time of the Mayans and then the arrival of the Spanish. Then there it comes into the modern times of Mexico. The show also highlights the spectacular regional dances and bright festivals.

In the Xcaret show there are hundreds of performers! There are also animals such as horses and colorful birds. This show is will keep kids and adults attention for the entire time

The theater alone is amazing to see. The theater they built for the show is massive. It is covered by an enormous roof and is open on the sides. It can seat thousands of guest and is completely outfitted with good lighting and sound to maximize the quality of the show.

Tip: If you don’t want to pay for all day at the park, there is a reduced admission after 4pm. It is not a huge discount, but it is something. If you are a resident of Quintana Roo and bring official ID you can get almost half off entrance for all day long tickets. Click the link below for more information.
Enjoy a lively musical journey through Mexico’s history in Tlachco theater in Xcaret. Over 300 artists on stage, costumes and traditional dances.

So what is different? and how is the new Xcaret show?

Every once in a while Xcaret changes up the show and improves on it. The new show carries the same theme as before. It starts out with Mayan exposition of the ball game and with the arrival of the Spanish. It loosely tells the story Mayan culture and how the Spanish came and changed the face of Mexico. That is the first half of the show and then the second half focusses on the different regions of Mexico and the culture from each part. In conclusions the show is similar but there is enough changed that if you have seen the old show, you will enjoy the new one.

New stage is set for the show

The huge change is the stage. No longer is it on the lower level. It has been elevated for better viewing which allows for trap doors that can raise and lift people and props into place. (See the “new level” in the photo) Now all the space with those awkward side ramps are gone. Now the show can enjoy a larger flat space. Those side angles were ok for the Mayan ball game but it made it odd for the rest of the show so we don’t miss them at all. Also gone are some of the old props. The old props were a little cheesy looking and the new ones are better looking and different.

Some of the other new things include costumes. Most have been updated and reworked. 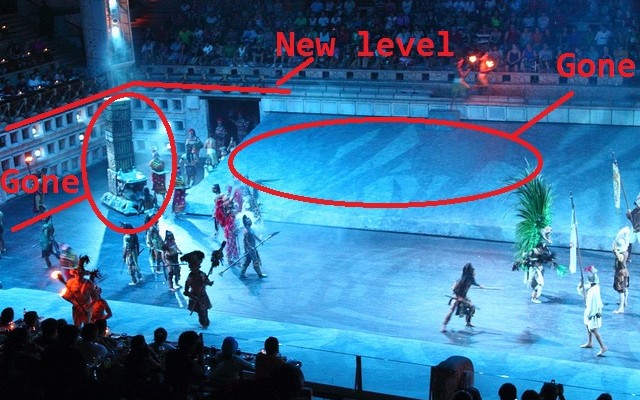 The newly designed stage for the Xcaret show.

One of our favorite dance numbers in the show

One thing we are really glad they did not change is the old persons dance from the Michoacán area of Mexico. This traditional dance features masked men in ponchos dancing with canes. The dance seems to finish but the performers come out for a little more and then take off their mask. To the surprise of the crowd the men are all older gentleman!

It is always nice to see people enjoying their craft and places that hire people not based on age. The same lead man is playing his antics and charming as ever in every performance no matter how many times he has preformed this show. This is always one of the highlights of the show. 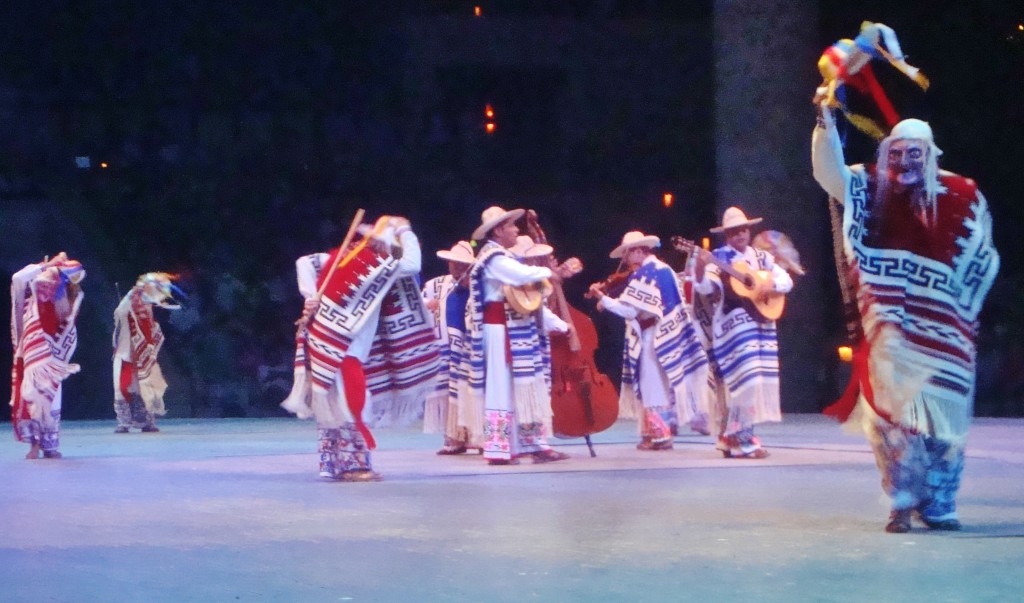 There are two things though we did not like about the show. The first half is a little slow, so make sure you stay for the second half. The other thing is the ending. The old show had huge puppets and carnival sea creatures that paraded out. These are both gone and the finale does not seem to be as big as before.

Book tickets to see the Xcaret Show and Xcaret Park

Do you want to see this show? You should! It is amazing and so is the rest of the park. We recommend this for you to include in your vacation. You can book tickets below for you and whoever is going with you. You can include transportation to and from the park if you like. The good things about clicking here is you are guaranteed the best price. This link takes you right to the official website.

Tip! Book in advance with the link below and save 15%. This is the only way to get a discount.

If you live in Playa Del Carmen and just want to go out for a show every once in a while, this can be entertaining and make you feel proud to live in a country with so much cultural variety. If you are visiting be sure to stay for the show because it is a highlight of the Xcaret experience.

Booking in advance is not bad a bad idea because not only do you get a discount, you don’t need t worry about the weather. Xcaret park and the show are still fun if the weather is a little cloudy or rainy.  We have gone when it is raining and still had a great time. There is a lot of indoor spaces like the aquarium and of course the show. If you are going to be swimming in the amazing underground rivers, well it does not matter the weather.

Tips for visiting the Xcaret show

For more on Xcaret park you can read our article here.

Have you been to see the Xcaret show? What did you think? We would love to hear from you in the comments below 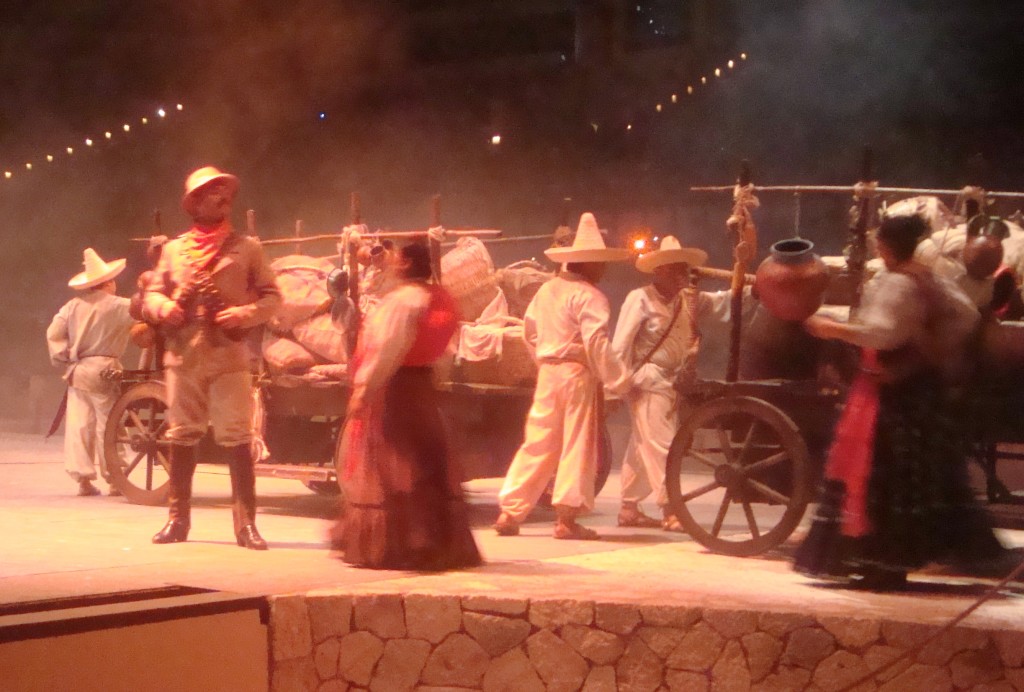 A scene from the Xcaret show depicting a historical scene in Mexico.