The beaches could soon be open in Playa Del Carmen!

In a recent interview the mayor of Playa Del Carmen, Laura Beristain Navarrete, announced that the beaches could be opening on August 20th, 2020. This is the first time someone with authority has put an opening date out there. If this date stands, it will be a welcome relief to residents and tourists that have been waiting to visit the beach again. It will depend on the traffic light that we have all gotten used to, to inform us of the conditions on the ground and how much and how fast things can open.

Even when the city of Playa Del Carmen started opening on June 8th, 2020, the beaches remained closed to the public. Since gradually opening, only large all inclusive hotels have had permission to have guests on the beach and in the water. This has put a little strain on locals, since many have wanted to get out of the house and visit the beach.

The mayor stressed that the vigilance of residents to health standards has yielded good results. This has allowed the city to open gradually and move forward. The mayor also added that the results of the 15 day operation of Outbreak Free Campaign has netted positive results. The scale that is used to gauge health risk indicators has gone down 9%. This has been the result of working with local institutions and the health sector.

Will restrictions be in place for the beaches?

The reopening of beaches entails new rules that beachgoers must adhere to.  People are asked to carry only the essentials when going to the beach and respect the hygiene and sanitary standards essential to avoid contagion. In case people do not comply, they will close them again. The mayor stressed that we need all have to learn to live responsibly with the virus, otherwise we will have to worry about hunger from lack of economy.

The mayor is also encouraging everyone to keep vigilant and not let down our guards. “We must all comply with the established sanitary measures of keeping a healthy distance, wearing face masks, antibacterial gel or washing hands frequently with soap and water ”, she stressed. Without keeping these measures in place, all the promotion of the area will be wasted if things have to close again.

She also invited residents to improve their eating habits, with the inclusion of healthier foods. This is to  prevent the cases of diabetes and hypertension, which are fatal for those who contract the corona virus, from intensifying and increasing.

Why have the beaches been closed for so long?

Like many places in the world, parks and public spaces were closed to risk the spread of infection. But isn’t the beach big enough for everyone to social distance? There is a lot of beach, but it could have been for several factors that the beaches remained closed for so long. One aspect is the transportation to the beach. Tens of thousands of locals live further back from the beach and many , if not most, normally take a colectivo or bus to the downtown to go to the beach. This means many more people cramming together in transportation. Yes, people have to take the same transportation to work or shopping, but restricting beach access lowered the risk some of transmission. The other factor could be the social aspect of the beach. Many people buy alcohol and spend the day there. Having people drinking all day, often lowers a person’s consciousness of social distancing and sanitary methods.

These are just two possible reasons for having the beaches closed for so long. Other places in the world that have opened the beaches early have had issues with rising cases. At least now people are more used to the “new normal” and hopefully if the beaches open, they can remain that way and people respect the new regulations.

What the reopening of the beaches will mean to tourism

Since opening in June there has been a slow trickle of tourists coming to the Playa Del Carmen area. Most tourists have opted to go to one of the all inclusive hotels in the Riviera Maya rather than a smaller independent hotel in Playa. This has meant that the many small businesses have remained closed or have been struggling to stay open. Tourism right now is about 18% of what is normal, but the future is looking better.

One of the key factors that has hindered tourism coming back to Playa is the beaches being closed. Once the beaches open, we should see a steady increase in people coming back. As more people get used to this new normal, we predict this fall/winter season is going to be busy. It will not make up for the last six months, but at least people are seeing the light at the end of the tunnel. 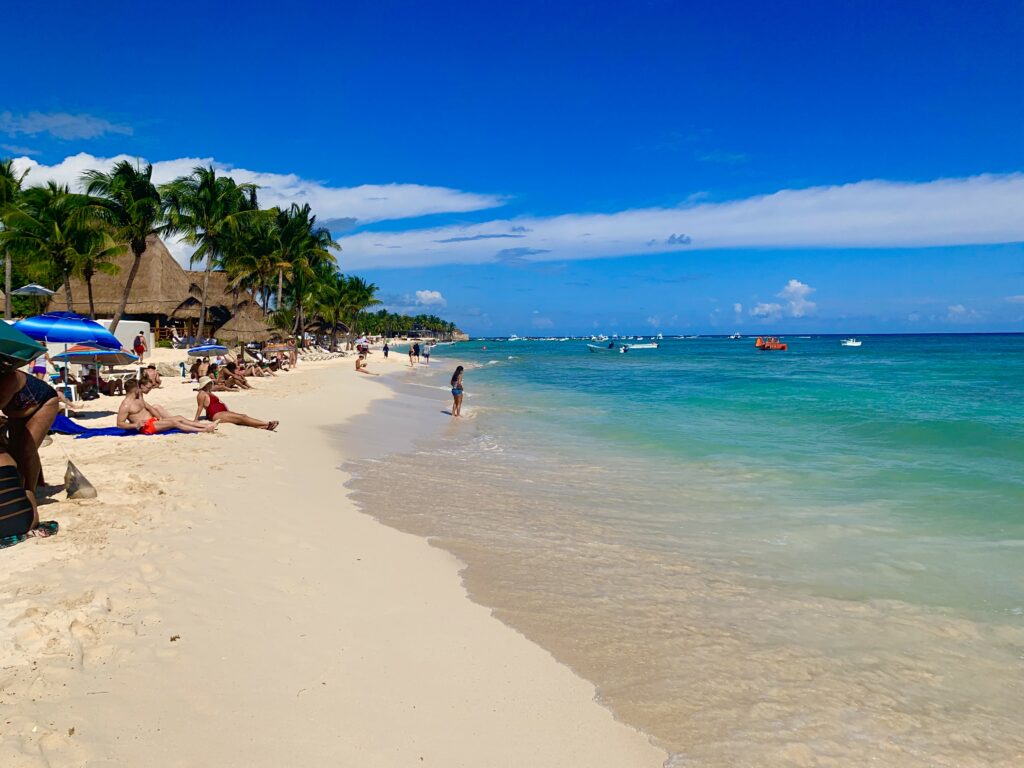